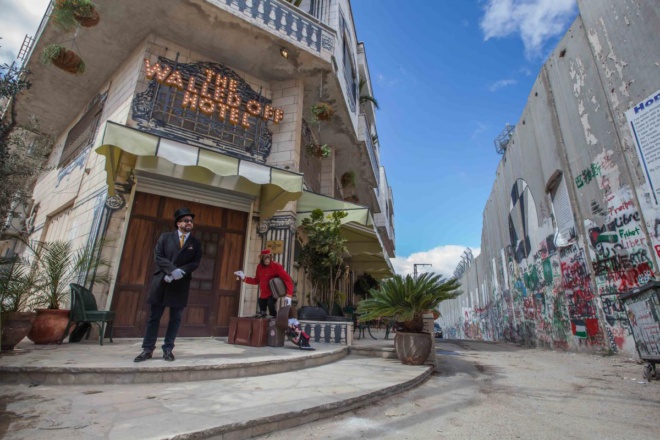 Banksy’s art doesn’t really fit in a museum; it should be experienced. So, Banksy opened in March 2017 the Walled Off Hotel in Bethlehem. It’s a story-telling masterpiece: visitors sleep, bathe, eat and relax in one big expression of criticism. All rooms and restaurants have a view on the wall between Israel and Palestine. From some of the upper floor rooms, there's a view on an Israeli settlement. According to Banksy this hotel has the ‘worst view in the world’.

The hotel interior is a bizarre mix of colonial luxury and dystopian misery; decorated with works by Banksy, Sami Musa and Dominique Petrin. Banksy’s signature is clearly visible in the vast art collection, showing angels with oxygen-masks, security cameras, slingshots and lots of murals and paintings.

The bathroom in the presidential suite is decorated with a thought-provoking ‘Tiki Bar’ and a fountain made out of a water tank with bullet holes. The Walled Off Hotel will give you goosebumps. 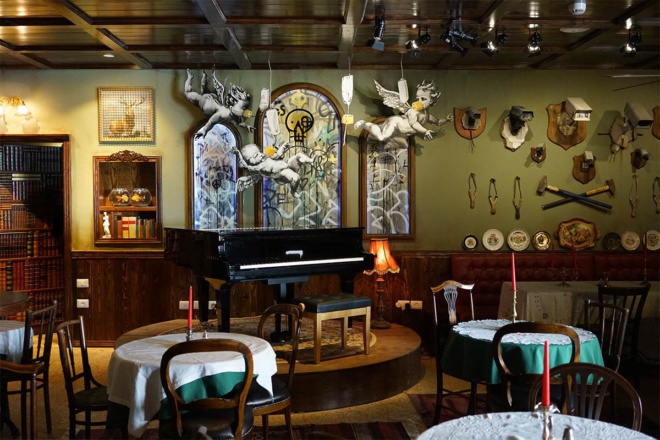 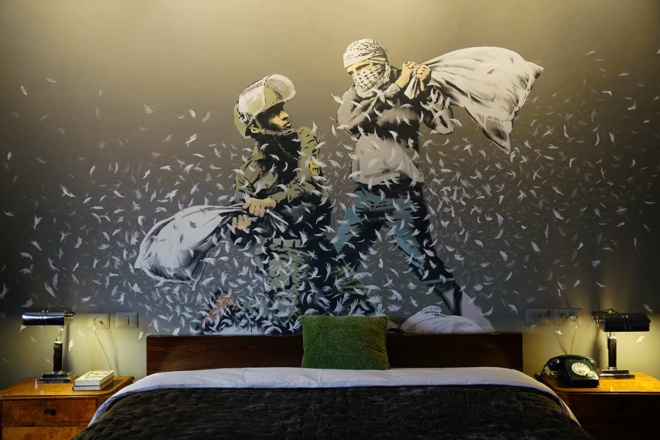 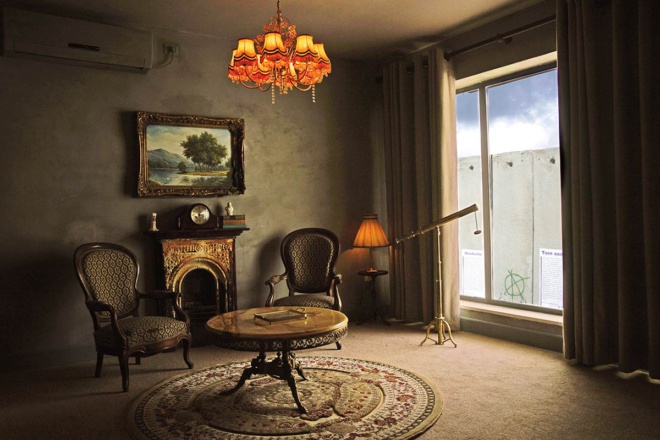